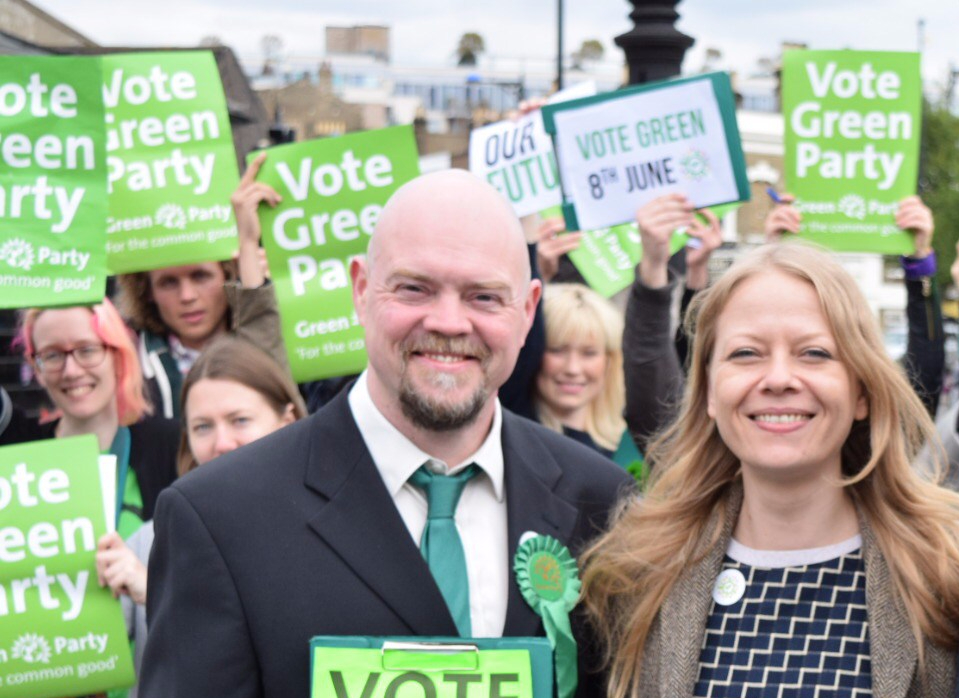 This weekend we were joined by London Assembly member, Sian Berry, to announce our candidate for East Ham in June’s General Election.

It was a great start to our London Young Greens action day – part of their weekend of Ed Balls Day events across London. Sian announced the winner of our members vote – which was unanimous in favour of Michael Spracklin, from Manor Park!

Michael has been our party treasurer for the past few years, and is an IT consultant by day. Mike is sadly one of the dwindling number of East London-born working class residents who has managed to live here his entire life, without being priced out. …Yet!

Concerns around housing and the rise in social injustice was a key part of why Michael joined the Green Party:

“The banks are still ripping us off – nothing has changed since 2008 to fix the system. The mainstream parties just bow down to the super-rich and lobbyists. I believe that the Tory government’s ideology driven “austerity” cuts should end. It’s grotesquely unfair. The super-rich, banks, and multinational companies should take their losses and pay their taxes.

A green, fair and prosperous society is not only achievable but necessary.“

This is his first time standing as a general election candidate, inspired by his time campaigning for recent elections in the borough. If you’ve spoken to us on your doorstep, at one of our stalls or community events, you may well remember meeting Mike.

One of Michael hopes for this election campaign is to encourage voter turnout and show disillusioned locals why the Green Party are a valid choice. “The EU Referendum turnout in Newham was the second lowest in the country. During our campaigning we spoke to countless people who didn’t plan to vote because they didn’t feel their vote mattered. Newham’s residents deserve to have a voice, and many currently feel that they don’t.”

My Tweets
Join 1,183 other subscribers