A Care Quality Commission report yesterday placed Barts Health NHS Trust (which runs 6 hospitals, including Newham Hospital) under special measures. Although Newham Hospital has been performing well, campaigners have raised concerns that it could face “funding pressures” as a result of the CQC report. This is another consequence of the top-down reorganisation of the NHS, enforced by the Health and Social Care Act (2012).

On a more positive note, this week we heard Caroline Lucas (MP for Brighton Pavillion) propose a new NHS Bill to roll back privatisation and reinstate founding NHS principles. The political will to restore a ‘public NHS’, protected from privatisation and free at the point of delivery is coming from the Green Party. It’s backed by rebels from across the benches, PPCs, medical professionals and campaign groups throughout England.

We applaud the great work which Caroline Lucas is doing, and some of our local members will be travelling down to Brighton later this month to support the #TeamCaroline campaign for re-election! 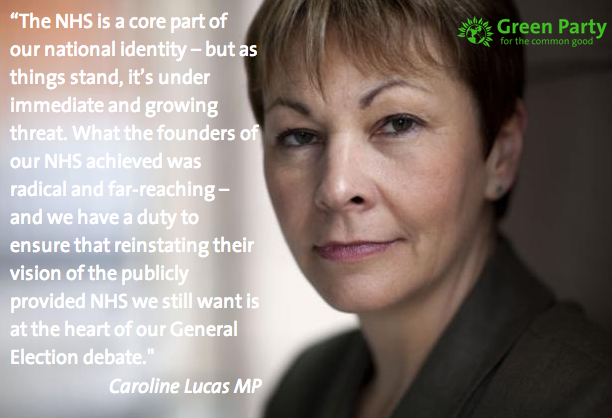