Tonight there was a meeting at the Harold Centre about the Boleyn Development. Over 50 people attended, many speaking passionately and with a real sense that the housing crisis in Newham needs to be challenged urgently. Newham Green Party members were there to support the campaign, including Tamsin Omond, our Green Party candidates for East Ham.

Notably, despite wide promotion there were no councillors or Newham Council representatives present…

Below is our @NewhamGreens Twitter record of the meeting: 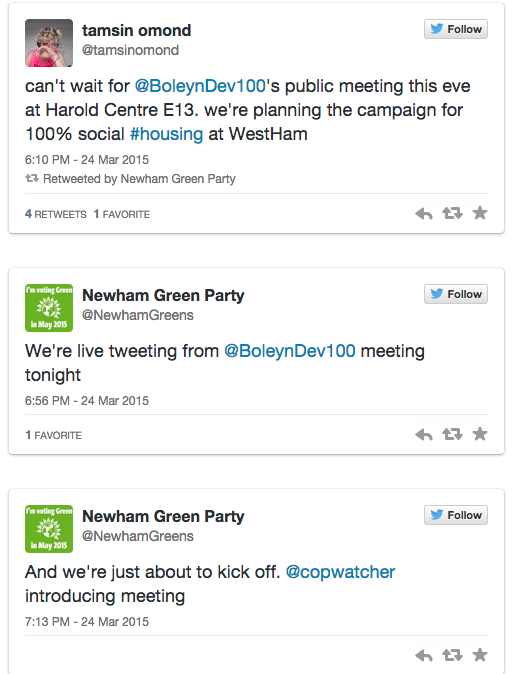 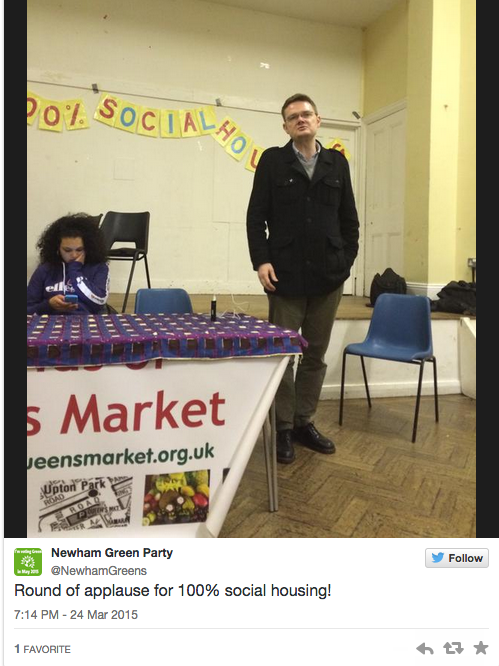 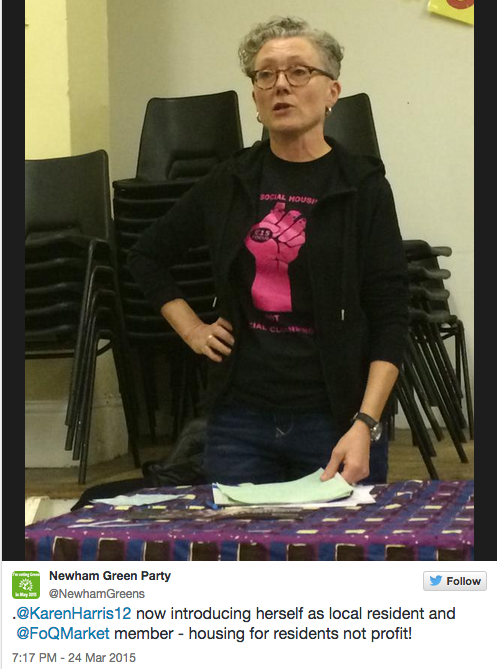 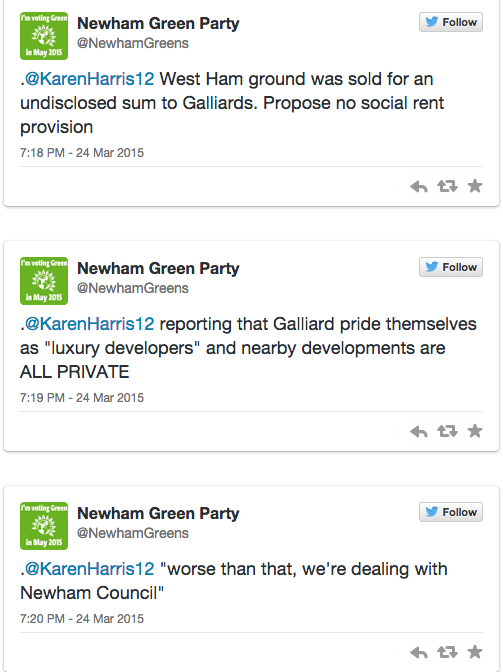 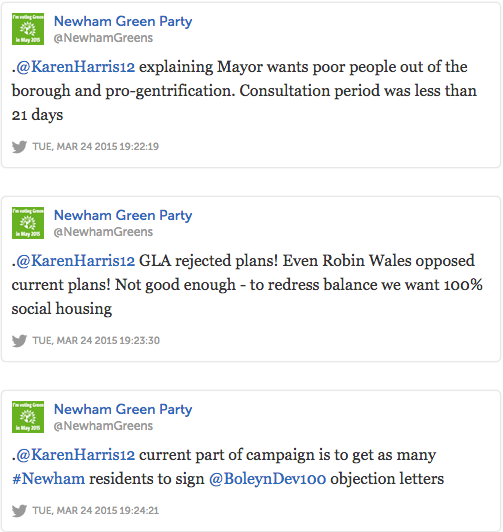 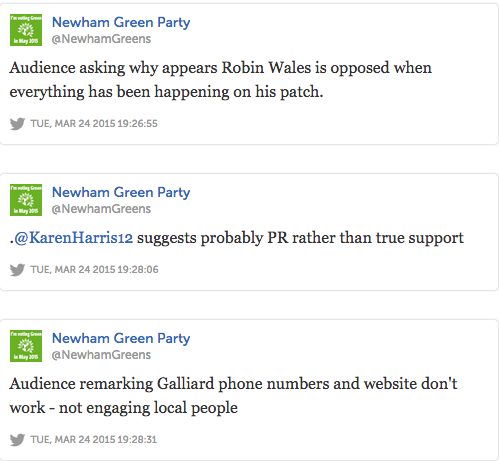 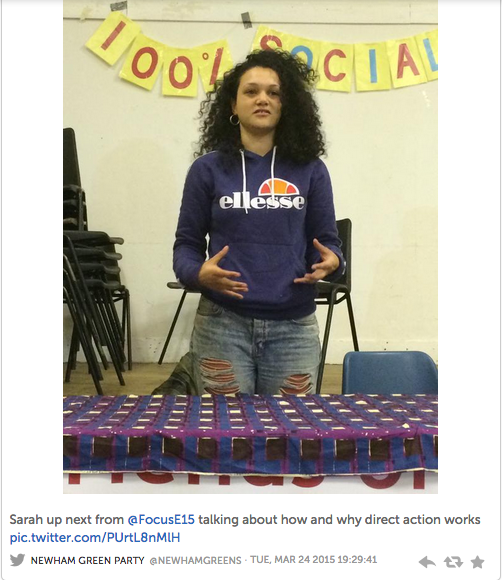 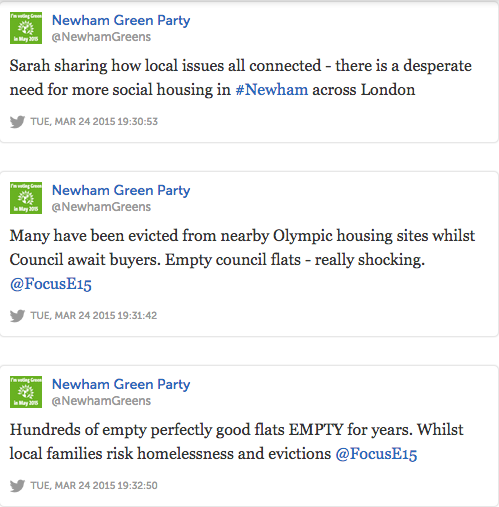 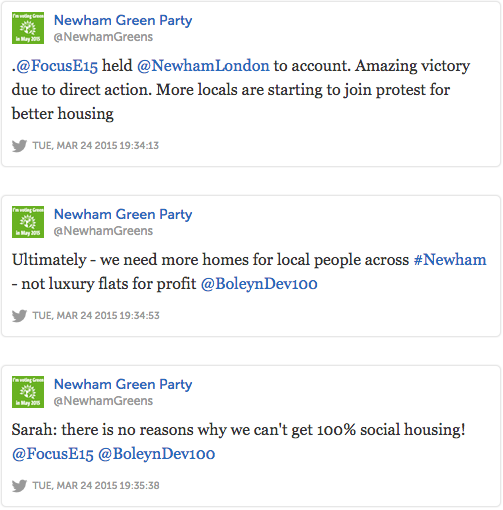 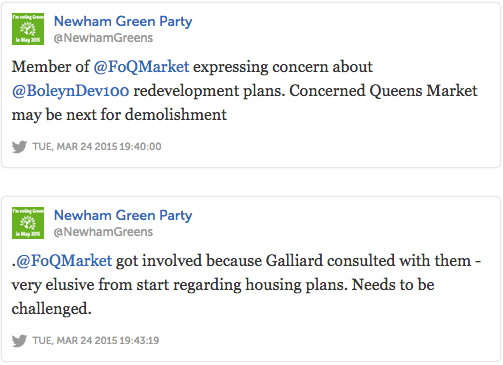 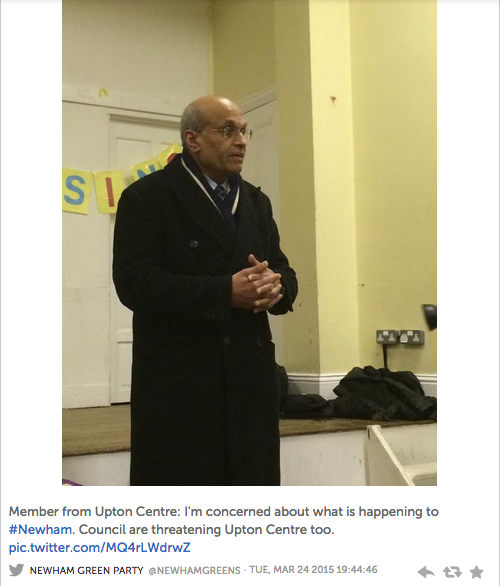 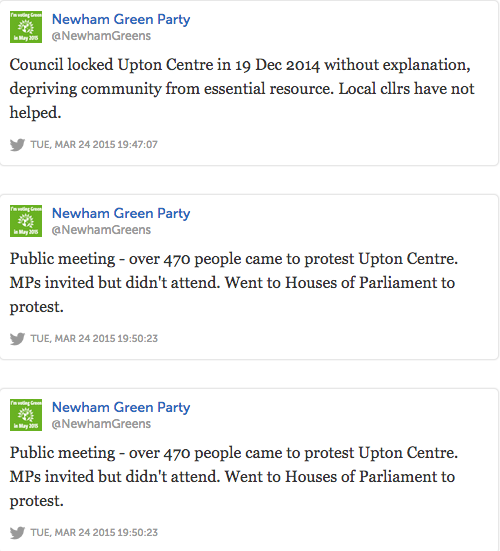 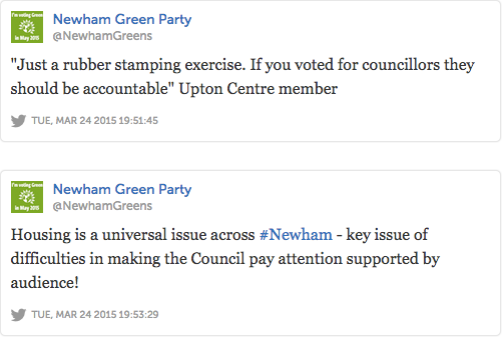 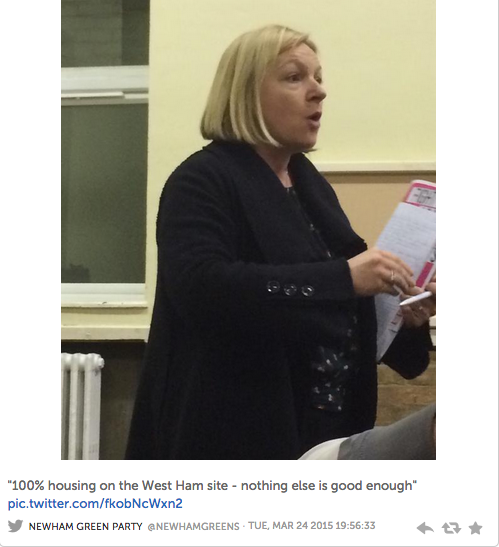 Tamsin Omond, Prospective Parliamentary Candidate for East Ham, was there to listen and support the campaign. 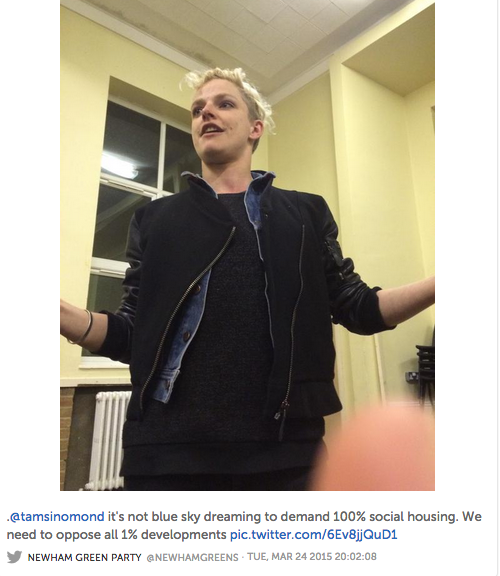 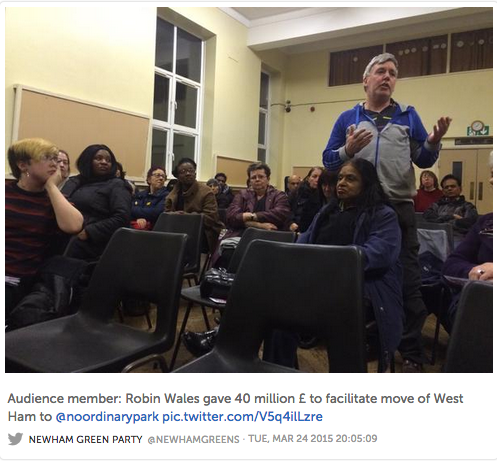 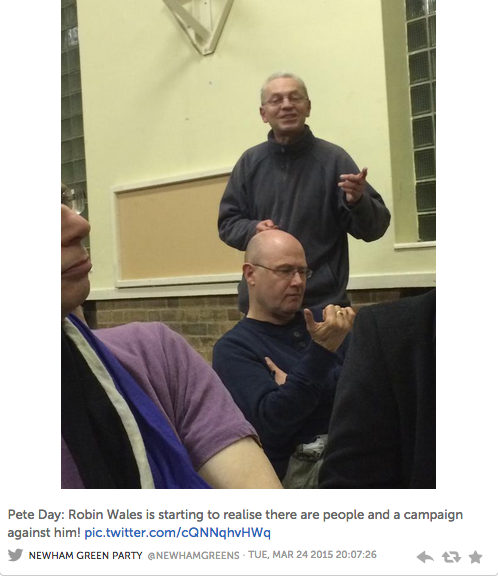 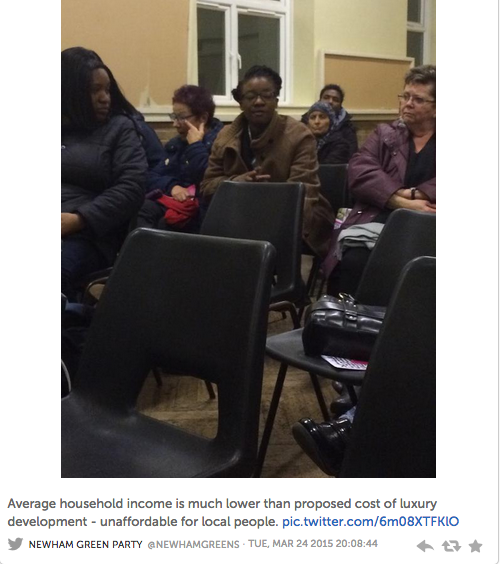 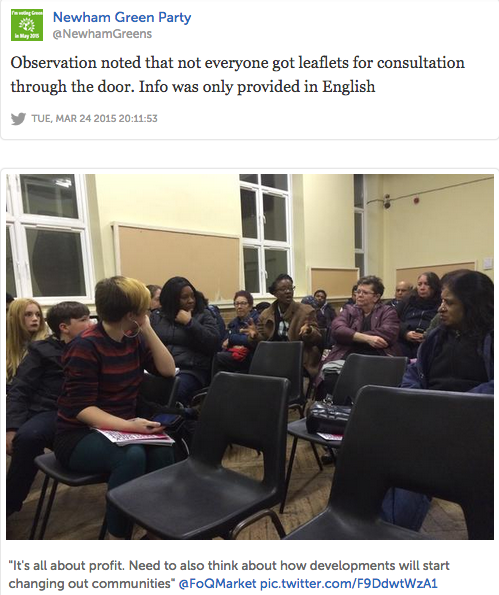 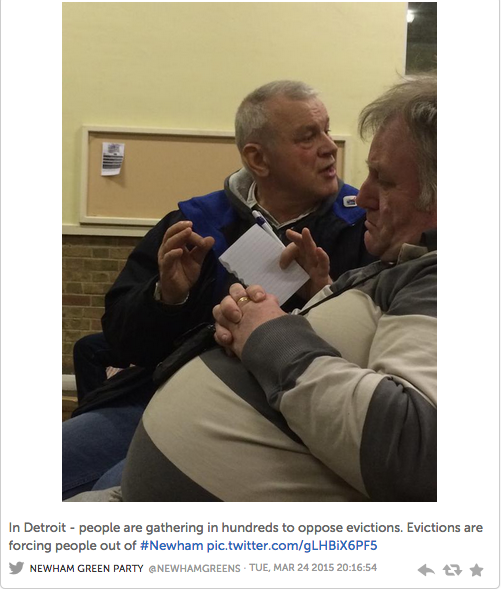 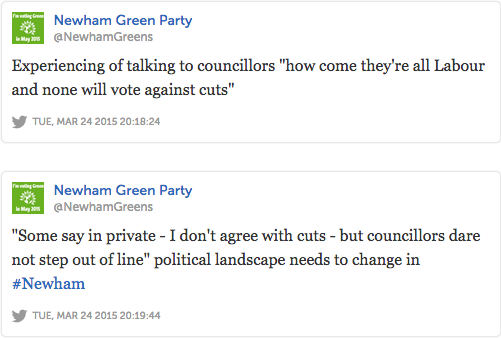 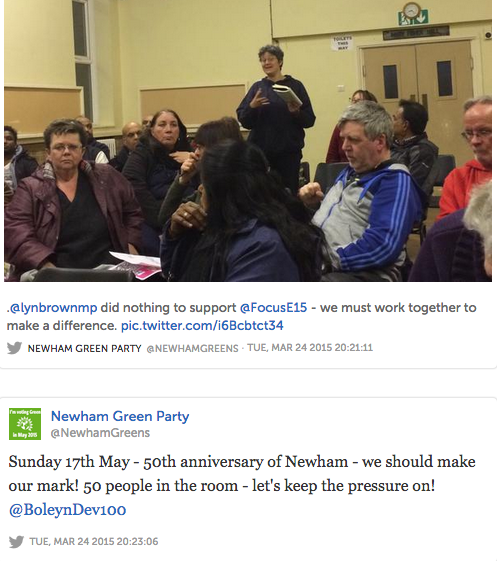 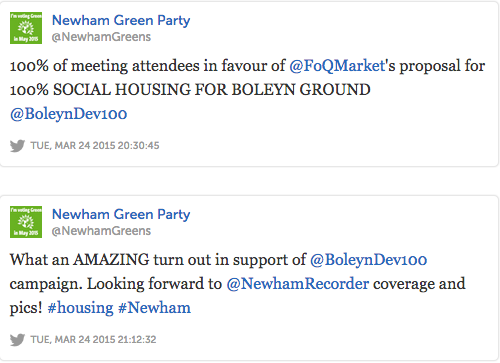 We call on all Newham residents to get involved: